What are you looking for?

Or go directly to 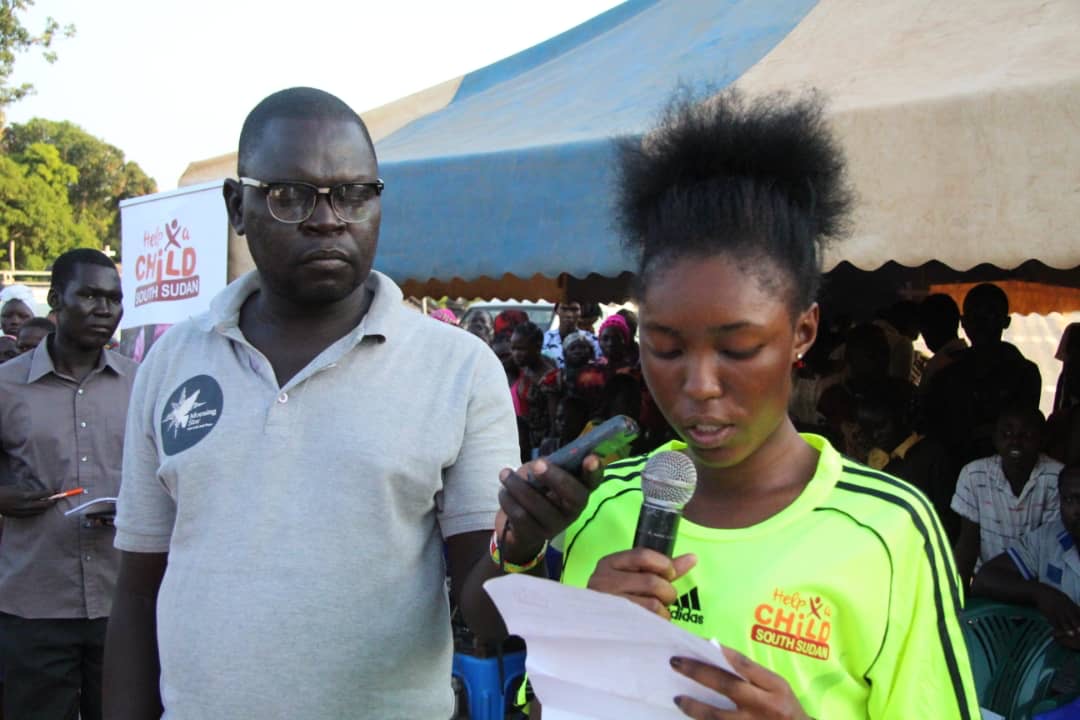 Dear guest of honor, our fathers, our brothers, our uncles, our grandfathers and our mothers,

As young girls and women, we face many different challenges. We are vulnerable in all aspects and are treated as worthless. Today is the “end child marriage” campaign and the day for launching “BORUBORU” in Wau for the first time. This day exists because the world needs to pay attention to the injustices that prevent girls from reaching their potentials. While today we shout from the top of our lungs against child and forced marriage, we hope to be heard and not just heard but we hope to see action taken against child marriage.

So many girls do not get to have their voices heard. They suffer in silence as victims in their families and relationships. Today I am speaking for the girls who do not get to be here today because they are being held like hostages as wives.

Our culture allows and even encourages child and forced marriage. This practice has deep traditional connections, but things can change! We are girls of a new generation. The practise of early and forced marriage was created by people, and they can undo it. Each girl who is forced to marry is a victim. As victims our lives are miserable, we cry day in day out. We are being abused physically, emotionally and mentally. We are young. Not only young in age, but some of us are tiny, our bodies are too immature to carry another human being when we become pregnant against our wishes. Human beings are intelligent. We know the difference between right and wrong. We have the power to make changes and improvements. The evidence is clear that child marriage is harmful, not only to girls but to entire communities.

There should be nothing for us without us, and may you who hear us help us, may our grievances be heard and touch the souls of those with power and authority to help us. I call on each person in South Sudan and in Wau specifically to fight against child marriage and early pregnancies. Let us empower girls to live as children, not as wives.

This powerful speech was held by Kelada James Saadalla at the launch of Boruboru games with the End Child Marriage campaign in Wau, South Sudan
November 20th, 2020